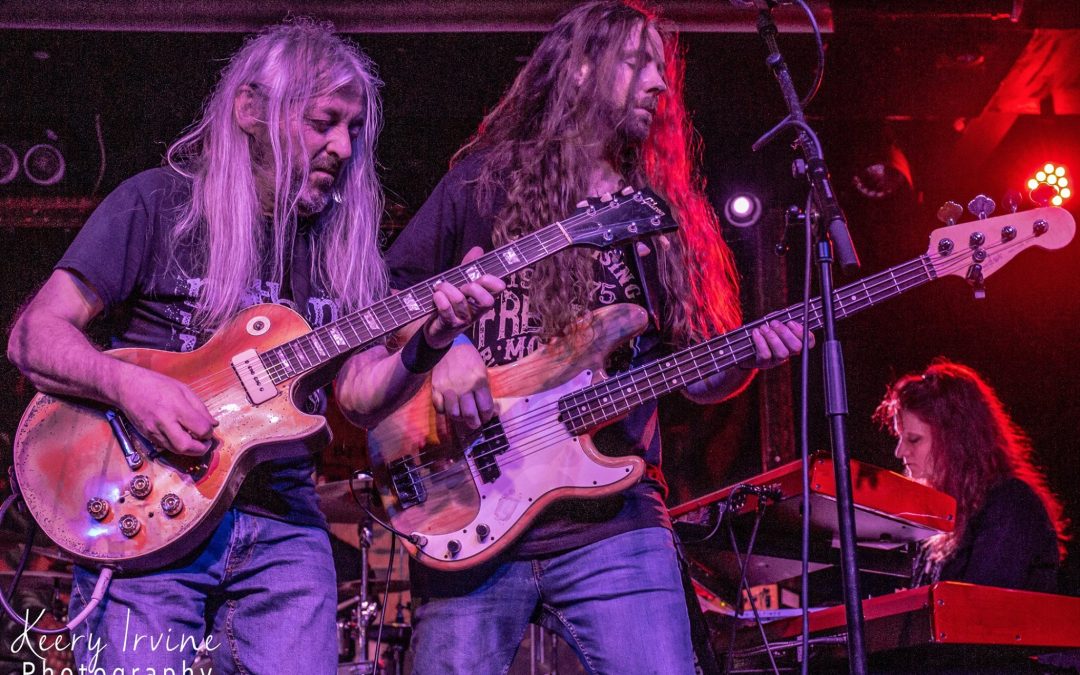 “Yes the guitar … Carlos Santana, first and foremost, then Gerry Quigley & The Nomadic Druids with a tune called “Today” and that’s taken from an album called “Yesterday, Today & Tomorrow” as it turns out yesterday, I got back to Cork late-ish from up the country, filming our new TV series, and I managed to get back into Cork at around 9 o’clock and I said … “I’ll stroll out now for a beer” … and I rambled around the street and so on, … and I took a left … and I went into the Crane Lane where there is usually something going on … in terms of music … and sure enough.

I thought “Is that a band rehearsing or what, coz I don’t hear anybody singing?” … and I just heard this really lazy BIG beautiful blues-ey sound … and sure enough I went in and there was a jam session going on .. a blues jam, and that’s who it was actually playing guitar.

It was Gerry Quigley, well known along the length and breadth of the country, and there was a whole variety of musicians getting up, doing a turn, moving off again, younger guitarists as well were given their opportunity, it was Brian Hyland who was with them on bass and on flute as well, but anyway I just thought I would give something a hurl there tonight because it certainly did its spot for me in terms of floating away with those long lazy guitar breaks – absolutely great, I hope you enjoyed it!”